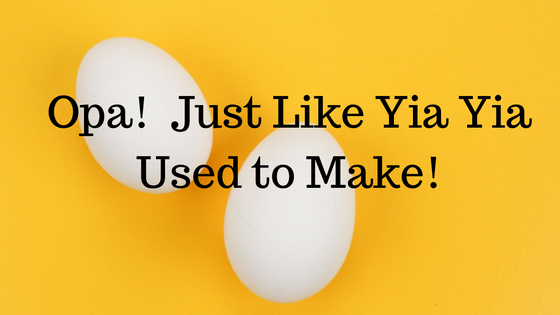 What could be better than a warming soup at this time of year?  Well, I’m assuming you are in the northern hemisphere, but just as Avgolemono is not only for Greeks, it’s not only for cold weather!  The equivalent of Chicken Noodle Soup in the US, it has been known to cure colds and generally make people feel better all over the world.  And there is good reason.  The chicken base of both soups…if made correctly…contain bacteria killing microbes that feed your gut and boost your immune system.  So when I saw this box at Costco, I was intrigued…. Not so fast!  Pretty sure Yia Yia (that would be your grandmother) didn’t put Carrageenan in her Avgolemono.  I’m just saying, it would be pretty rare to find it in the village.  That and Polysorbate 80.  So much for the “simple ingredients” that they claim.  Carrageenan is commonly used to induce inflammation and disease in lab rats.  Dr. Axe has a great article on his site.  And despite the clever marketing on the front, this stuff isn’t good for you.  How do you know?  Look at the ingredient list.  How many of the ingredients do you have in your kitchen cupboards, or could even buy at your local grocery store?  That’s a good rule of thumb when it comes to figuring out if you should put something in your God given miracle of a body. I must digress here…

Why is it called “Lemon Rice Soup” when you order it in restaurants?  I mean, “avgo” is egg, and “lemono” is lemon.  So, it should be egg lemon soup…right?  Maybe people would get it confused with Egg Drop soup.  Anyway…it’s a mystery.

Avgolemono is not a tough soup to make.  I’ve attached a link to a good recipe by Cat Cora.  Don’t be fooled by recipes that call for bullion cubes (aka sodium cubes) or boxes or cans of broth, which may taste ok, but read the ingredient label!  99% of canned or boxed broths are toxic.  I’m not kidding!  Again, ask yourself if you have the ingredients in your kitchen.

Let’s make a New Years Resolution together.  No more toxic junk that leads to inflammation, disease, hormone imbalance, and brain cell disruption this year.  Let’s just say no, as we would to drugs, and whip up a batch of this yummy goodness that warms our tummies, and make it with love…the way Yia Yia used to do it.