Start the New Year Off Right…With a Nap!

Start the New Year Off Right…With a Nap! 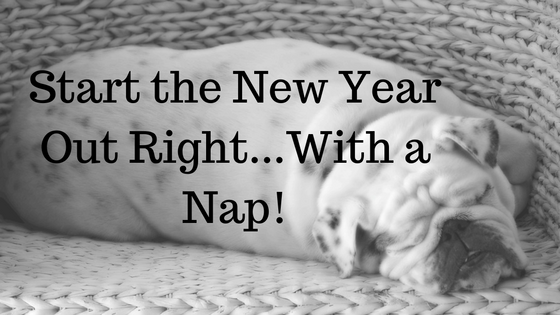 This week’s post is a reprint from Michael Hyatt’s blog at MichaelHyatt.com.  Michael is a deacon in the Orthodox church, and also one of my virtual mentors.  The former CEO of Thomas Nelson publishers, he now helps people “Win at Work and Succeed in Life.”  Unbeknownst to him, my website and blog were inspired by his teaching.  I recommend going to his original post for his hyperlinks on the research done on napping.

5 Reasons Why You Should Take a Nap Every Day

I am a habitual nap-taker. I take one almost every day and have for years. I used to feel a little guilty about it—like I was slacking off or something. Then Sam Moore, my predecessor at Thomas Nelson, admitted to me he too was a napper.

“Every day after lunch, I lie down on the sofa in my office,” he recounted. “I hold my car keys in my right hand and let my hand hang toward the floor. When the car keys fall out of my hand, I know I’m done.”

I then discovered many other successful people who were nappers:

Could these successful leaders know something you don’t?

I suggest you seriously consider taking a daily nap for the following five reasons:

The National Sleep Foundation recommends a short nap of twenty to thirty minutes “for improved alertness and performance without leaving you feeling groggy or interfering with nighttime sleep.”

Taking a nap is like a system reboot. It relieves stress and gives you a fresh start.
People who nap show greater emotional resilience, improved cognitive function, and more.  A nap can prevent the day’s wear and tear from frying your circuits.

Napping also improves your creativity by relaxing your mind and allowing new associations to form in it. When it came to making new connections, nappers had the edge.

“Taking a nap could turn out to be an important weapon in the fight against coronary mortality,” said Dimitrios Trichopoulos of the Harvard School of Public Health in Boston, who led the study.

Numerous studies have shown workers becoming increasingly unproductive as the day wears on. Just think of your own experience. But research has demonstrated that a thirty-minute nap boosted the performance of workers, returning their productivity to beginning-of-the-day levels.

I typically take a twenty-minute nap right after lunch. If I can’t do it then, I try to squeeze it in before 4:00 p.m.

While working in a motor shop in college, I would eat lunch in my car and then lie down in the back seat. When I was CEO at Thomas Nelson, I napped in a chair that reclined to a horizontal position. Since I now work from my home, I retreat to my bedroom and lie down in my bed.

Here are a few practices I have found helpful.

Finally, shift your own thinking about naps. People who take them are not lazy. They might just be the smartest, most productive people you know.