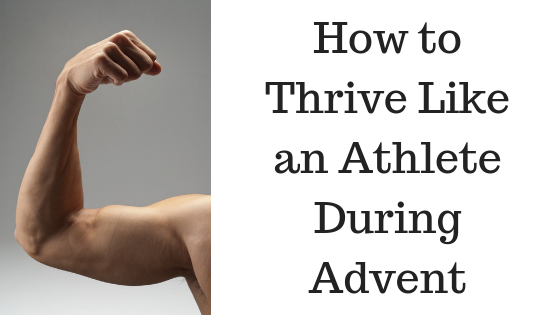 Carl Lewis – “Olympian of the Century”

The truth is, I could have listed many more athletes.  What do they have in common?  They don’t eat animal products.   I noticed a few themes when it came to why these top athletes went vegan.  Many did it for health reasons.  Venus was diagnosed with an autoimmune disorder, Scott wanted to prevent and reverse disease for himself and his family, Barny had acid reflux and other physical ailments.  A year after cutting animal products out of his diet, he won the title of Mr. Universe.  No matter the reasons, all found that it not only improved their health, it improved their athletic ability and mental clarity.

Why am I bringing this up?  These athletes had their reasons for not eating animal products, just like we have ours.  But ours is for our walk with God during the Nativity Fast, which trumps any other reason in my opinion.  Many people are concerned, and ask how they will get their protein.  Our culture’s obsession with protein is causing most people with standard meat based diets to be at an increased risk for osteoporosis and kidney disease.  And, since most people eat conventionally processed animal products, they are building disease in their body, not health.

The fact is, you can get enough protein from a plant based diet.  I like to recall Genesis and how much time went by between God giving His people plants to eat, and then sometime after the flood, giving us animals.  A lot of time went by between Genesis 1 and Genesis 9!  He wasn’t concerned that Adam and Eve would not get enough protein through plants to thrive.  Why?  Because He put protein in plants.  For instance, many people say that you can only get high quality protein from animal products, but the fact is, quinoa and spinach are also considered high quality proteins.  This is due, not because of the protein in them per se, but to their amino acid profile.  You see, protein is made up of amino acids, and that is what our body needs.  Now, notice above I put can in bold.  You won’t be getting enough protein with the standard fasting diet which I’ve noticed consists of empty calorie junk food and bread.  You must eat a variety of plants every day to get all the amino acids that you need.  Some plants are high in some, and low in others.  It’s the variety that determines your health.

If you want numbers, experts say the amount of protein your body needs is, .36 X your body weight = grams.  For example, a 150lb person needs 54 grams a day…or 1.90 ounces.  This is easy to come by with a variety of plants each day.

Let’s get into vitamin and mineral deficiencies with a vegan or even vegetarian diet.  By the way, I know that some people don’t know the difference between the two styles of eating.  Vegetarians don’t eat meat, but do eat dairy products and usually eggs.  Pescatarians don’t eat meat, but they do eat fish.  During the Nativity Fast, we are a cross between vegan and pescatarian since we cut out meat, dairy and eggs, but do eat fish and shellfish.

Due to most people’s state of health, gut dysfunction, and improper diets, nutrient absorption is a constant issue, even when they are not fasting.  For my clients who are turning their health around, I do recommend a good multi, especially during fasting seasons.  I also encourage the following foods:

For Iodine:  Seaweed or other sea vegetables.

For ALA: Flaxseeds, walnuts, chia seeds, and hemp seeds.

For Vitamin D:  Get outside once a day, even on cloudy days.

For B12:  Frankly, here’s the dilemma.  B12 comes from the intestinal bacteria of animals, and from their diet…and we need it.  I know this goes against my Adam and Eve in the garden philosophy.  I am also typically against fortified food, because the vitamins added are most often cheap, synthetic versions that don’t do us much good.  But, in this case, fortified plant-based milk can be helpful, along with a supplements.

I am an advocate of protein shakes for breakfast all year, but during a fast, they can be especially helpful.  A high-quality pea protein powder usually has the vitamins and minerals needed, plus the natural foods listed above added to the blend.  Two scoops of the powder I use gives me approximately 30 grams of protein, which a great way to start the day any time of year!

And guess what?  There is a great resource to help you eat right, understand your health better, and get inspired to stay the course during the Nativity Fast!  It’s all at My Beautiful Advent.  It’s not too late to join us!